Paul Pogba may stay at Juventus for Champions League challenge 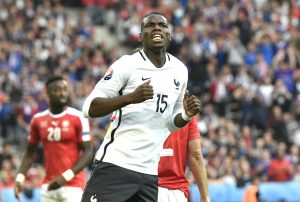 Manchester United may be disappointed in their efforts to re-sign former charge Paul Pogba after it was reported the midfielder could stay at Juventus to feature in this season’s Champions League.

According to the Times, it’s said Pogba would prefer to remain in Turin and delay a big-money move away from his current setting so that he can feature in Europe’s premier competition this coming campaign.

Pogba’s agent, Mino Raiola, was recently reported by the Manchester Evening News as saying there was no deadline on a £100 million return to Old Trafford, although their absence from the Champions League may be a major factor in preventing any deal.