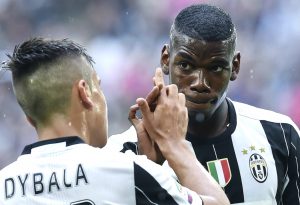 Juventus midfielder Paul Pogba has referred to Manchester United as his “first family” ahead of a potential return to Old Trafford this summer, teasing the idea he’ll link up with Jose Mourinho at his former outfit.

Speaking to ESPN Deportes at the 2016 ESPY Awards ceremony, Pogba was presented with a United jersey and asked what it symbolised to him before he responded, per ESPN: “They are my first family.”

The France international then said he wouldn’t know what to say if Red Devils boss Jose Mourinho asked him to play under him, while Juve fans will take heart in his comment that he’s “happy” in Turin for the time being.

transfer-site.co.uk uses cookies to give you the best user experience. By continuing to use the site you agree to our cookie policy.OkRead more